I’ve wanted to go to Croatia for the longest time, so when some friends said to join the end leg of their trip, I said ‘of course’ :).

I don’t really have much to say in this post except that it was as beautiful as I expected it to be. When you land in Split, one of its greatest attributes are its amazing mountains which you can pretty much see from wherever you are. It’s also in these mountains that some of Game of Thrones was filmed…which I found out on my last day whilst speaking to my taxi driver. Sigh.

The beach closest to where we were – Znjan beach – was interesting…and by that I mean that the sand was literally only about 1 metre’s worth from the sea, and after that it was pebbles, lol. So if you’re thinking about visiting Split for its beaches, make sure there is actually a sandy seashore…if you’re into lying on the beach and sunbathing. A lot of them seem to be of that similar calibre.

The Riviera is amazing and looks like something out of Monaco, and from there you can go on ferry rides to Croatia’s many islands. We almost did that, but sadly the timing turned out to be a little inconvenient and the trip was coming to an end. The Diocletian Palace is like a huge sprawling epicentre in the city, filled with restaurants, bars, shops, and eateries, surrounded by monuments and surviving architecture from its Roman history. Lots of narrow and interesting alleways to explore if you’re into that kind of thing.

I was only there for three days so I really only experienced a snippet of what Split has to offer. Also, sadly, I hadn’t completely worked out how to use my new camera, so I ended up using all my memory space on a very few unnecessarily high quality photos that I didn’t want to delete *cries*. Anyway Croatia is definitely somewhere that I’d revisit, even Split itself. The people were very friendly and all in all it was a really lovely restful break. As per usual, some pictures below: 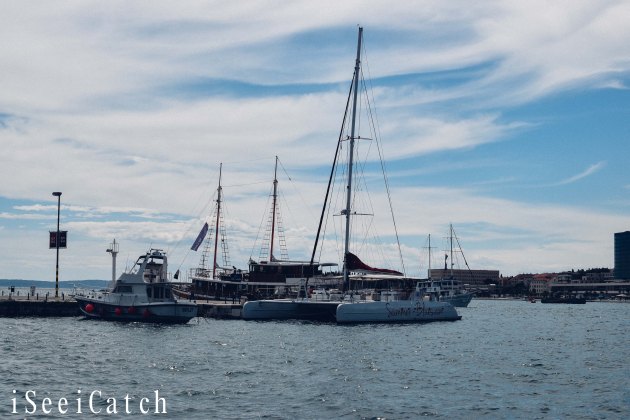